For the past six weeks, I have had the amazing opportunity to work for Senator Mark Udall from my home state of Colorado. The internship allowed me to all sorts of hearings that benefited my education in many different aspects in and outside the world of international studies, and I also learned about basic office jobs, how the Hill works, and all about constituent correspondence. 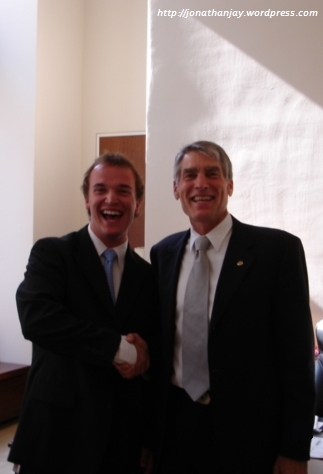 I thought I’d dedicate this post to the awesome people in and out of the Senator’s office that made the past six weeks in DC so awesome. First and foremost, I need to thank the Boettcher Foundation and the University of Denver for giving me the ability to make this happen as well as helping me perform any activity in nearly every post I have put up at this point. 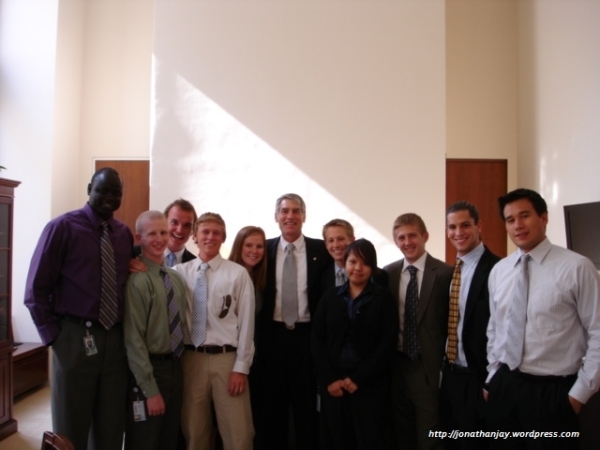 As for those awesome people in the office, I need to say thanks too: Chris, Kristina, Krysten, Matt, Ryan, Skylar, Spencer, and Zach for being my awesome intern class; Kur and John for hiring me to work in the office and being the happiest, most positive supervisors an intern could ever have; Jennie for always making sure I got to go to the best international hearings and JB for her help with that too; Barbara for explaining the hearings I didn’t understand; Lauren, Jared, Dan, and Braden for being nice and not giving me too many tours or too much uploading to do; Molly for “killing everyone with kindness”; Tara and the Press Office for allowing me to post this and keeping us all up-to-date with the news; all the other awesome LAs, LCs, and staff who probably got mad when I left the intern closet door open or when I forgot the business of the person calling; Mr. McCallum and Dr. Paul for their recommendations; and, last but not least, Senator Udall for having an agenda worth working for.

Probably my favorite day at work was when I was able to attend two different hearings, both of which Senator Udall was a part of. It was during the second hearing where I was most impressed by the Senator, where he was informing the committee about his recent travels to Pakistan and the pending legislation of the Kerry-Lugar Bill. The room was full of young interns and staffers, some of whom were probably in their first weeks on the hill, taking notes on what the Senator was addressing to the committee. After he finished his prepared statement, the Senator did something I had never seen at a hearing: he directly addressed the crowd taking notes. His message was to read Three Cups of Tea, a book about the humanitarian work of Greg Mortenson in Pakistan after his failed attempt of K2. I had been told by many people about this book, with the highest recommendations coming from Jenny and Krysten, but there was something about how the Senator said it directly to the crowd, and then seeing multiple people in the standing-room-only hearing actually took a note to read the book, that caused me to purchase the book the very next day. I have recently finished it, and all three of my recommenders were correct: it is a fabulous book, and what Mortenson is doing (initially on accident) is pretty darn close to my life goals. It is also an important piece of work to establish that people in Pakistan & Afghanistan need educations and assistance much more than anything else, which is why the Kerry-Lugar bill is very important. Thanks again Senator Udall & Staff!

People out of the office that deserve credit for making the six weeks in DC totally radical (and they are all totally radical in general): Darcy; my super-nice roommates; Bobby G! (you’ll always be Bobby to me); Daniel, Florian, and Cecile for being awesome and helping me “step up” on that V2; Earth Treks; all the awesome people I met at Meridian Hill park on Sundays, especially Robert and Katie; my parents, cousins, grandparents, and uncles for visiting and just generally being awesome; Casey for visiting and remembering the good times; Five Guys, Good Stuff, Chipotle, Elephant & Castle, Jazz in the Garden, The Front Page, Adams Morgan, Cups & Company, and the fro-yo in the Hart basement; The Hangover, Brüno, and The Half-Blood Prince; Val B. for proving that the Georgetown Bubble exists; and, probably the most awesome people I met here, a super-huge thank you to Krysten, Brooke, Katie, Val, Kiki, and Morgan for being the awesome UCDC crew that welcomed me as if I were a Golden Bear at Berkley. Any and all of these people are invited to visit Colorado whenever they can, and they’ll always have a place to stay.

Thanks again everyone! You made the terrible hot and humid weather bearable!