One of the fantastic things about England is that you can see a silly amount of important historical buildings within a relatively small amount of area. This makes things easy to see in a day if you drive or take public transportation, but one activity I have gotten into here is running to see tourist sights.

Running to see places is great as it combines exercise with tourism, and one can see sights more in depth from the ground rather than from the second story of a double decker bus. Yes, I do arrive at somewhat crowded places wearing bright synthetic shirts and sweating profusely, but it also creates a nice halo of space around me at all times as most people don’t like to touch visibly sweaty people.

One run Davinia takes Americans on (or at least the three that visited her this summer) is from Royal Leamington Spa to Warwick Castle, which follows a very old canal tow path to a nature preserve to a medieval castle. It is a fantastic run by itself, but being able to take a small halfway break in a medieval town is not something I have done anywhere else.

I had some time to experiment with this run while I was staying in Leamington Spa, so I added two loops around the Newbold Comyn park, which also has some fun trails weaving in and out of the trees, and fantastic views of Warwickshire below. This route also cuts through the Jephson Gardens in Leamington Spa, full of what I call English Wildflowers.

When my parents visited England in the late 1990s, they were bowled over by the awesomeness of Warwick Castle, saying it was one of the most unspoiled castles they had visited. Davinia said that has all changed when Merlin Entertainment took over the castle in 2007, and now it is mostly an amusement park for kids. So, rather than pay thirty pounds to go in, we payed a few pounds to visit the Mill Garden outside the castle and walked around Warwick Village.

This was a superb run, and we would take our “running tourism” with us to Somerset and Cornwall, where we were off to less than a week after traveling around Scotland.

The view from Newbold Comyn 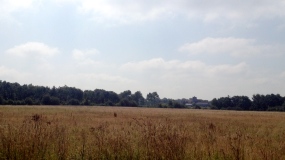 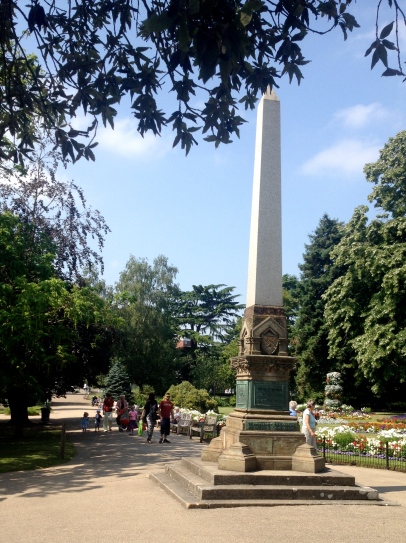 Davinia on the tow path between Royal Leamington Spa and Warwick

Houseboat on the tow path 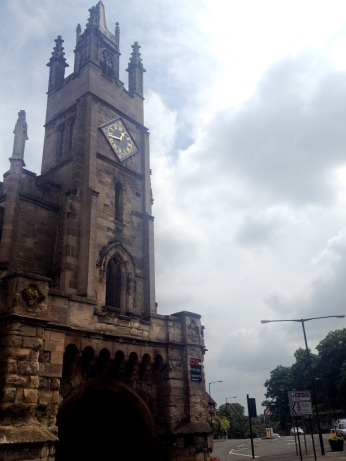 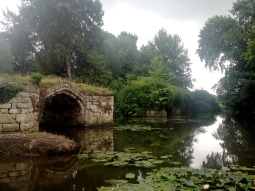 Ancient Bridge in the Mill Garden

One thought on “Run Warwick Castle”