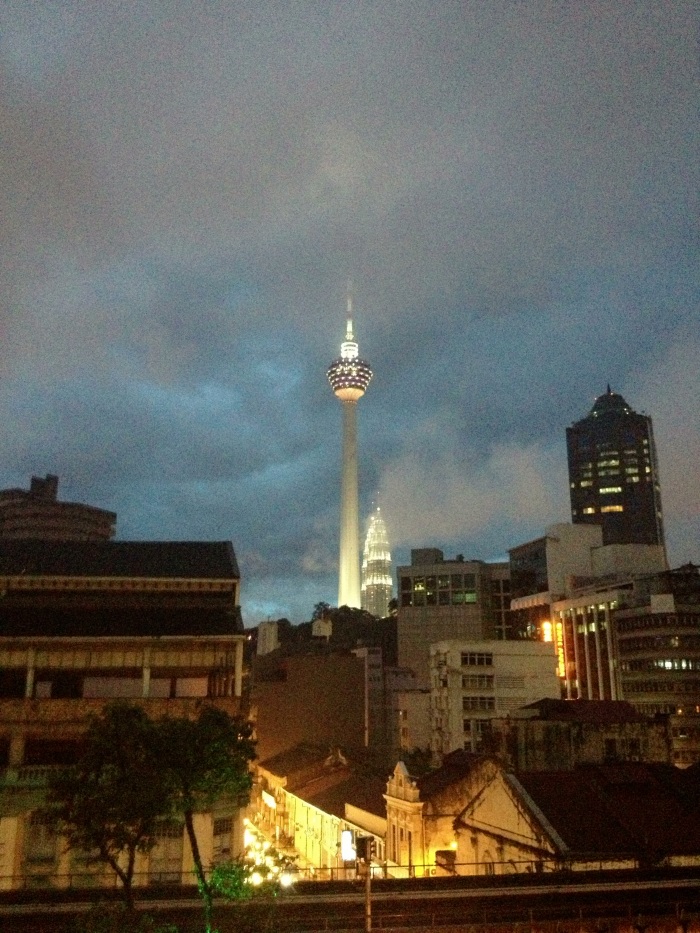 Author’s Note: This post is part of a long trip I took in December, 2012, which involved South Korea, Indonesia, Malaysia and Thailand. You can get more acquainted with the trip by clicking this link.

After an evening meandering the streets and dodging motorbikes in Surabaya, Indonesia, John and I arrived in Kuala Lumpur in the afternoon of December 21st. We took the bus from the AirAsia “discount” airport to KL Central Station, and then took the above-ground metro to our hostel, the Reggae Mansion. We settled in at the rooftop bar with a few beers, and, for the only time during our entire stay, some reggae music. The clouds broke and we admired the Kuala Lumpur Tower as rain splattered around and Bob Marley skipped on the speakers.

We took to the streets when the rain cleared to see what the city was all about. The district we walked involved a lot of fancy western malls, googley-eyed tourists, and girls somewhere between the ages of 12 to 30 relentlessly offering every person walking by (but mostly the white males) a “foot massage menu.” The foot massage offer became a joke for the rest of the trip.

We awoke a little later than anticipated, thanks to the odd one-hour time difference exclusive to Malaysia (relative to Indonesian and Thailand). We took to the streets to see if Kuala Lumpur was any different in the daylight, and to find out if we could go up to the top of the Petronas Twin Towers. Despite our long, sweaty walk and waiting in line, we missed tickets for the day. We got lost in the gigantic mall at the base of the towers, and while trying to find our way through the odd juxtaposition between holiday ornaments, holiday shoppers and palm trees, we stumbled upon the Galeri Petronas, an art gallery with an emphasis on modern Islamic art. 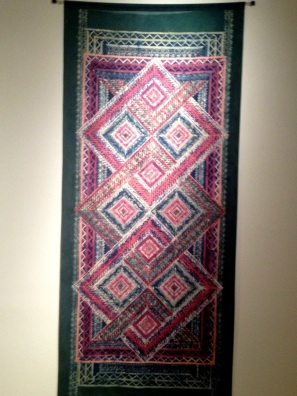 We were welcomed into the Galeri by guy who looked to be in his fifties. As we signed in to see the free exhibit, he casually asked me if John was “my boy.” John and I exchanged glances, and I quizzically asked him what he meant. The guy looked confused, and said, “well, you know, your son?” I started laughing and inquired to see how old the guy thought I was. He thought I was in my thirties, and John in his late teens, which is a common age spread between fathers and sons in his world. John being “my boy” became another running joke over the next two weeks. Reflecting on this situation now answers a few questions as well: If you want to look younger, live and work in South East Asia; if you want to look older, Central Asia is the place to be.

We left the Galeri and the mall and made our way south to the Kuala Lumpur Bird Park. Along the way, we discovered Merdeka Square. The large, grassy lawns and tower skyscrapers were refreshing, and the old beauty of the Sultan Abdul Samal Building topped it off as one of the more beautiful places in Kuala Lumpur.

The other stop we made on the way to the bird park was at the National Mosque of Malaysia. It was easily the largest mosque I had ever seen. We did not go in, but it was fun to see the lands surrounding such a large, celebrated mosque. 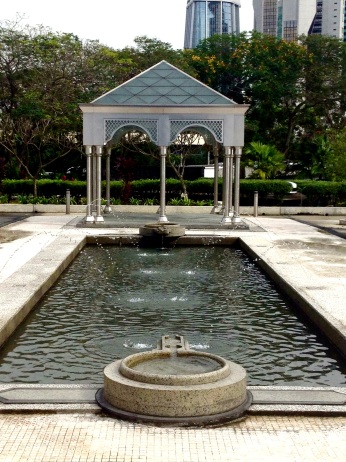 I still have no idea why, but when researching what to see in Kuala Lumpur has to see, I really wanted to see “The World’s Largest Open-Air Aviary” that is the Kuala Lumpur Bird Park. When we finally found the place, it started out pretty cool, with plenty of bird flying around, but for the most part, the birds are still in cages, no so different than in a zoo. After a while, it just felt like a bird zoo, and was a little anti-climatic. At least some of the birds were fun to take photos of.

We dodged the monkeys at the exit of the Bird Park and made our way home along a more nature-filled walk. Along the way, we stumbled upon a random heavy metal concert at a park amphitheater, and listened to the head-banging tunes as we watched the sun set.

We got back to the Reggae Mansion, had a cheap, delicious dinner across the street, and wandered around the shopping district that night. I felt a bit like I was in Aspen after a hard day of skiing but had wandered into downtown and some event was going on at all the shops: we were dirty and sweaty from the day’s walk, but still found ourselves outside of fancy designer stores with watches that cost more than I’ve made in my entire lifetime. Also, the tropical heat and feel of the city vanished in the air-conditioned malls of cookie-cutter luxury stores and Christmas decorations.

The malls closed, and we returned to the Reggae Mansion for a midnight celebration on the rooftop bar.