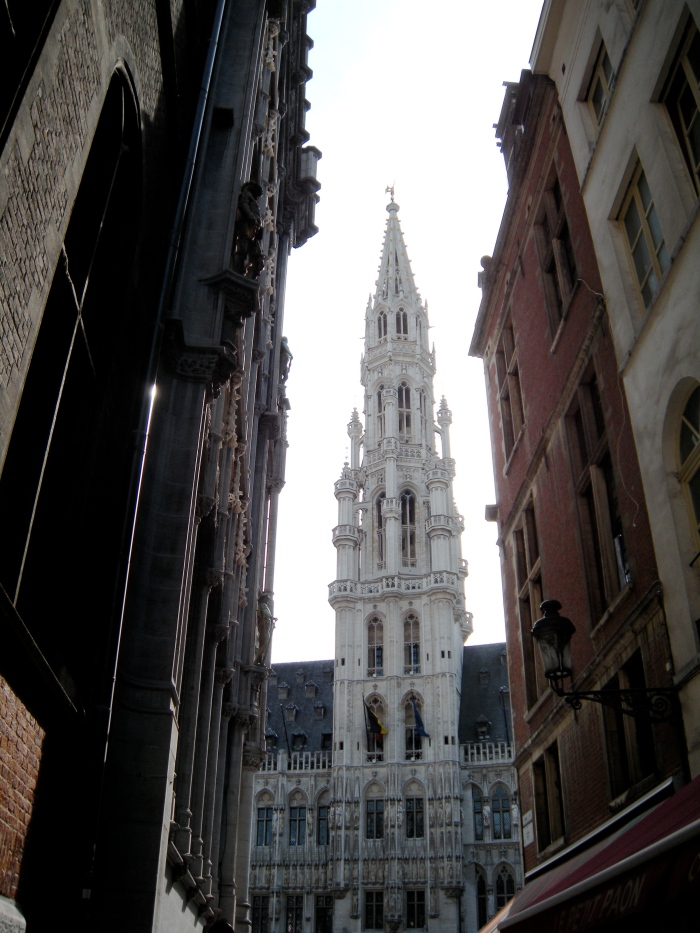 We left Bruges on August 28th with our knowledge of Belgian Beer exponentially increased. After a short train ride, we arrived at the Bruxelles-Midi/Brussel-Zuid train station and found our accommodations after walking only about 20 minutes. After getting a walking tour map from our host, we set out to find out what Brussels had to offer two American Tourists.

The first thing we discovered was the simply massive Palais de Justice. Built on a hill, it was the largest single old building Howard and I had encountered, and so large it turned out to be impossible to get a picture that could take its size into account. We continued walking north and discovered the Belgian Royal Palace, where we took the free walking tour that started as your standard European Royal Palace, but ended as a children’s science museum (hard to understand, and no pictures were allowed, but you’ll just have to check it out yourself.

From the Royal Palce, we walked through a large park to find the mostly un-used Belgian National Parliament Building, closed because it was Sunday, and also the Belgian Parliament is…dysfunctional these days. We continued past the Parliament (or lack thereof?) and discovered the National Cathedral of Belgium, where the detail of the stained glass depiction of the Rapture towards the rear of the church fascinated me beyond comparison of any other church we would visit.

From the Cathedral, we meandered through the old, narrow, tourist-filled streets to find the Town Square. I have visited quite a few European Town Squares, but this one takes the cake as the most detailed, beautiful town square I have ever seen.

From here, we followed signs back towards where we were staying by way of the Famous Mannekin Pis. Mannekin Pis is a bronze fountain of a little boy peeing, and there are all sorts of myths as to why it was built. He’s commonly dressed in costume just for fun, but we saw him on a day where there was not costume to speak of. The boy peed on in the buff, showing his stuff for the continuously flashing cameras.

The next day, we took a long walk to the financial district of the city, wondering if we could reach the Atomium on foot. After about three hours, we gave up on the walk to the architecturally splendid science museum and decided to go see a few more touristy spots.

We found Mort Subite, a bar that featured a similar atmosphere to The Cafe Louvre in Prague that I really enjoyed. From there, we found a chocolate shop by the name of “Mary’s.” Not missing his chance, my father took a half hour to select the perfect Belgian chocolates for my mother of the same name, and we continued on to the Delirium Cafe.

I had heard about the Delirium Cafe from other American friends who had visited Brussels before me. While they had an extensive selection of beers, many of our favorites that we researched at ‘t Brugs Beerje in Bruges were not only unavailable, but the bartenders commonly had no idea what we were talking about. We figured that this place, which does have a fairly large selection of beer, was simply a tourist trap, and if you don’t know what beer to get, you’ll probably end up having a Delirium Tremens or a Tripel Karmeliet and walk away thinking you’ve experienced Belgian Beer. While these beers are fantastic, I highly recommend making friends with either local Belgians or people who have lived in Belgium for a while (my first guide was a Finnish girl married to a Belgian National), and figure out what is going to wet your whistle the best.

Worth noting, however, is that there are actually two statues of kids peeing in Brussels. Jeanneken Pis is considered to be Mannekin Pis’ sister, and is in the back of the alley where you locate the Delirium Cafe. I was told that the shop that had it installed went out of business a while ago, but sometimes she still finds the power to urinate behind the locked gates. 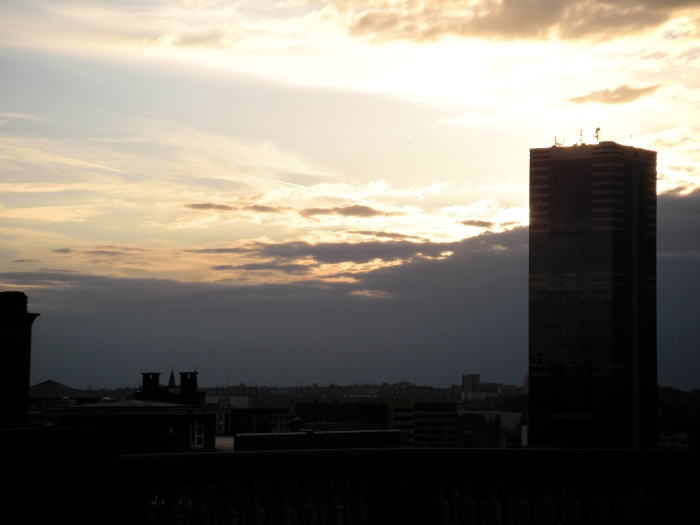 We departed Brussels the morning after this great sunset to see my cousin Brian for a brief lunch in Luxembourg, and continued on to Germany for the second half of the trip.