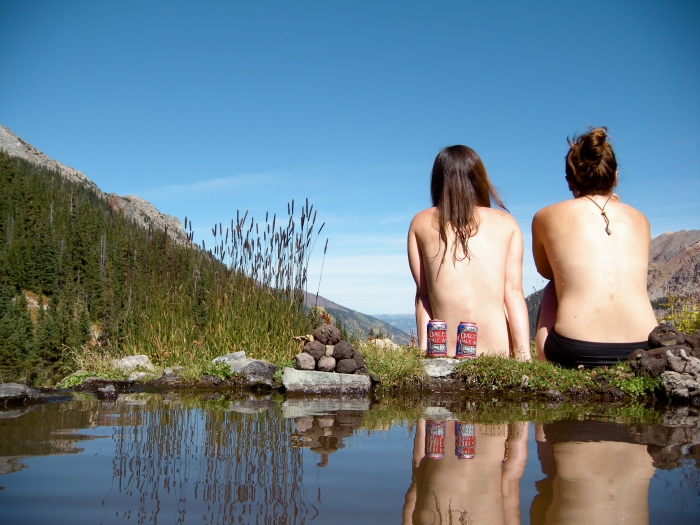 After arriving Stateside, it wasn’t long before I got a call from my good friends Sarah and Jenny to go on an adventure. Jenny wanted to check out Conundrum Hot Springs, a place none of us had been to, but had heard quite a bit about.

A weekend was chosen upon, and after a standard late start, we were hiking in the night, without a clue as to how far we had to go. After five or six hours, we found a decent spot to pitch a tent and called it a night.

After an early-ish start, we finished the last hour of the hike and arrived at the Hot Springs, which had a total of four people at first. For reasons pictured at the beginning of this post, I didn’t take many pictures at the Springs themselves. After a few hours, the place became packed with people, and I think there were close to twenty in the big pool by the time we decided to leave.

The hike out, in the early afternoon, proved to be beautiful, as we hiked through what we had been surrounded by in the darkness the night before.

In all it was a great couple of days with some of my favorite people, and I hope it was a relaxing weekend for them as well.

Jenny is currently in Bolivia and updating her blog every now and then, you can check it out here: http://jennynelson.wordpress.com

2 thoughts on “Catching Up with the Fall 2011: Conundrum Hot Springs”