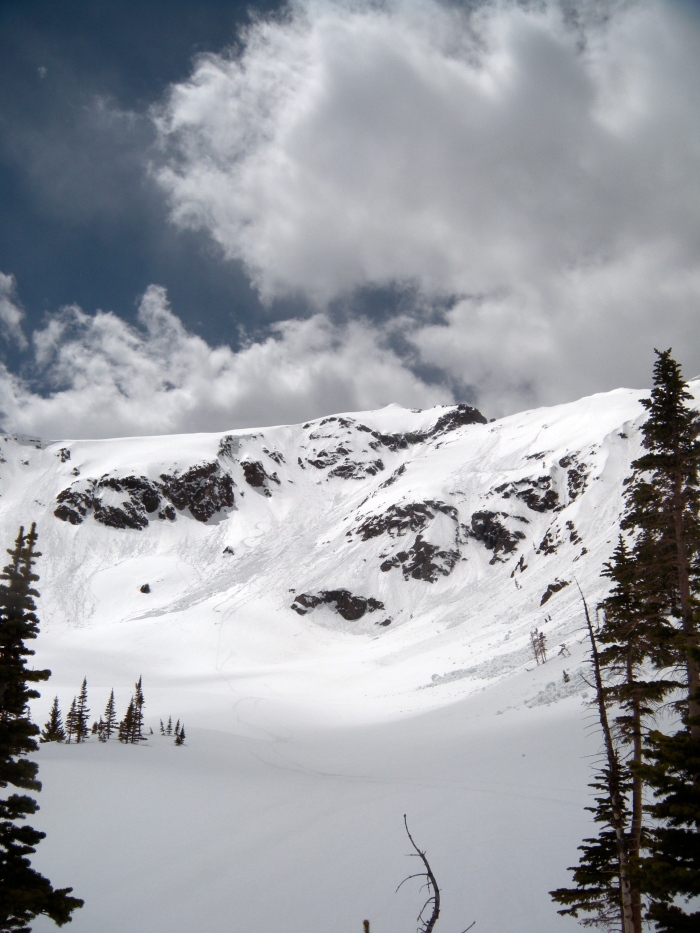 So the month of May was pretty crazy for me. I wrapped up graduate school, which took a solid 3 weeks of my time away from mountain traveling. But before finals, in late April and early May, I was able to experience some fun in the mountains, including a mountain I’ve wanted to ski off the summit of for a long time: Peak 1.

I checked the weather report late on a Friday night in early May to see if mountaineering would be possible. I had my doubts, but the internet revealed that it was going to be perfect: a deep freeze overnight would give way to warm, sunny weather the next day that wouldn’t get too hot. I was in a sudden scramble to find a partner, and luckily Chris came through. We decided on a 5am departure, which turned into 5:30am, and we drove up to Summit County.

We toured up the lift line of the former Peak 1 ski area that rises abruptly out of Frisco. It became apparent that Chris hadn’t skied for a while, let alone toured, but we pushed on. Before long, we found ourselves on the ridge from the top of the lift line to the summit. It had to be one of the most beautiful climbs I have ever done.

We were moving a bit slow, and the snow was definitely getting warm. We ended up switching to a boot pack about 600 vertical feet from the summit (still on the ridge) before the final pitch presented itself.

I was ahead of Chris at this point, which made for more cool pictures.

The final pitch was the perfect juxtaposition of the ridge climb: a loose scree scramble and about 75 feet of steep, punchy snow on a steep face. A fall at any point during the climb would be bad, but these two sections upped the ante a bit.

The summit was pretty exposed as well, with a cornice of unknown size on the west side, and a drop all the way to the highway on the north side.

As soon as Chris got to the summit, we transitioned quickly because of rising temperatures and dropped in on the south face proper.