So I’ve been in Sweden for almost a week now, and I’ve seen quite a bit. The first week was made up of orientation for international students, so I’ve met a ton of great people from Germany, France, Holland, a Canadian, and a few other Americans. I’ve only met a few Swedes, but I think that because school starts tomorrow I’ll meet a lot more soon.

The City of Karlstad

I’ve also gotten to experience the city of Karlstad fairly well. I live 15 minutes away from the city center by bus and travel there almost everyday. Here is a tour of the city with photos:

Karlstad is an important city in terms of Scandinavian history. In the early 1900’s, a treaty was signed here that gave Norway its status as an independent nation. It was signed in this building, which is right next to the city square (Stora Torget). 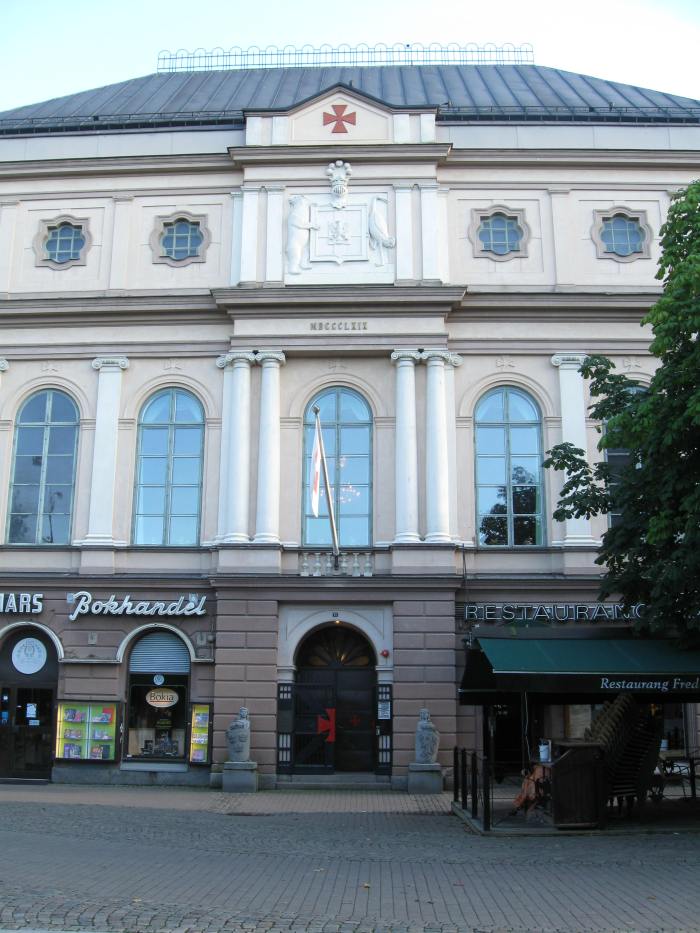 Stora Torget is also a very happening place, with vendors and shops that are always busy, even at 2am on a Friday night as I found out.

The statue in the middle of the picture was a gift given to Sweden from Norway after the Second World War as a token of appreciation for their independence. The broken sword obviously represents peace, but the helmet of the soldier the woman is stepping on is in the German style.

Outside of Stora Torget there is still plenty to see, including the statue dedicated to King Karl (the city’s founder) and the location where the king stays when he comes to Karlstad (marked by the crown).

Karlstad is located on a river delta where one of the hundreds of rivers in Sweden flows into the massive Vänern Lake. Needless to say, the city is surrounded by water and bridges.

Like any European city, Karlstad is home to lots of wonderful city art, museums, and just beauty in general. Here are some examples found around the city.

This was just a brief tour of the city, and missed the other half of the city where there is a ton of shops and things that are assumed to be in a city of 80,000. It is a very nice town, and I recommend visiting to take it all in.

The everything I have read and learned about Swedes says that they love nature, and I have to agree thus far. The timber industry is one of the largest in the world, but at the same time they have huge forests throughout the country, meaning that they know how to properly use the land. I had a chance to experience the Swedish forest when I tried to walk to a lake north of my apartment. Here are some pictures:

Everyone keeps talking about how Swedes love to pick mushrooms, and there were so many in the forest it was understandable. 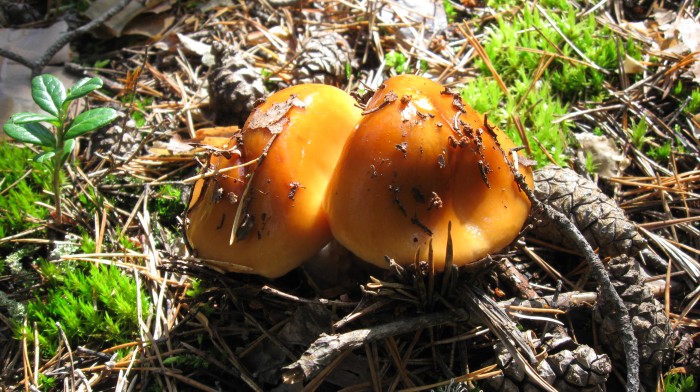 Soon I found lots of signs about Allemensträtten, or “Everyman’s Right.” It pretty much abolishes the idea of trespassing on private land as long as the user of the land respects it and doesn’t damage it. The honor system is a pretty big part of Swedish life, and I wonder if it could ever work in the States.

So after 2 hours of wandering the woods, I figured I missed the lake and decided to turn around at this equestrian park/horse pen, and as I walked back down the path towards the road, I found the lake!

School starts for me this week, so I hope to meet some more Swedes and have more fun! I’m also going on a trip to Varmland, or the countryside north of my town, so that will be my next post. Thanks for spending some time here, and check back soon for more.

6 thoughts on “My First Week of Swedish Living”