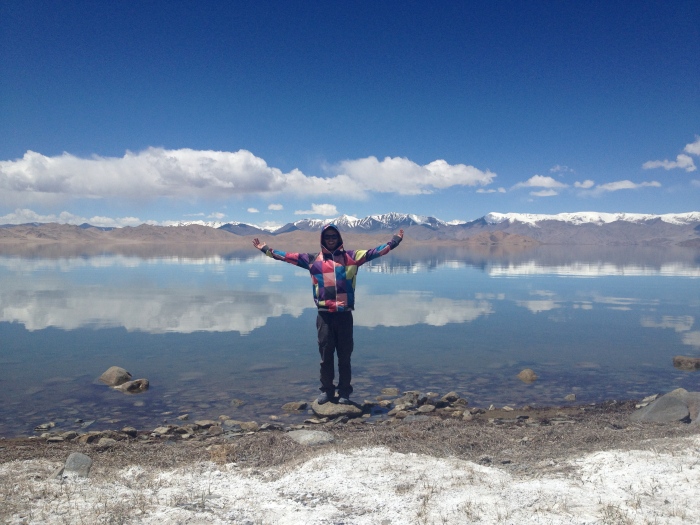 After the drive back from Khorog, I spent the next day hanging out with Will in Murghab. Changiz and the Japanese group went their separate ways, and we found ourselves trying to organize a ride back to Osh for the next day, which we eventually accomplished. Will pointed out that he, and I, had been in constant states of traveling for a while, always thinking about where to go next and never giving much thought to where we were at that exact moment, so a day of relaxation in Murghab was actually pretty wonderful.

Author’s Note: This post is a part of many associated with my trip on the Pamir Highway in June, 2014. For a complete overview of this trip, please click this link.

Besides reading and enjoying the view, I was also finally in good enough spirits to take a long walk up the hills that rise above the Erali Guesthouse. I made it halfway up the mountain before the winds were too strong to go higher, but it felt great to stretch the legs after six days in a car.

The next day, we drove back to Osh, but we had significantly better weather compared to when I drove this route in the other direction a week before. The blue skies made the stop at Kara Kul lake absolutely fantastic.

It also made the drive in the 21 kilometer border zone amazing as well, especially when we had to wait for the Kyrgyz officials to stamp our passports, which they did in the wrong spot on mine (my entry stamp is on the “Amendments” page…). Following the advice of the Lonely Planet, we simply turned around at the border post to an absolutely fantastic view.

The drive into Sary Tash, back into the Tien Shan mountains, also provided a glimpse at the very, very white Peak Lenin, a 7134 meter peak on the border between Kyrgyzstan and Tajikistan. After a short 36 hours spell in Osh, it was where I would be spending the next two weeks with my buddy Bjorn, who lives in Almaty. Anxious but excited, we made our way back to Osh, where I was able to show Will around with expert experience, and get ready for two awesome weeks in the alpine with an awesome friend.

It was the end of an epic roadtrip, but only the beginning of an epic expedition.

Looking down on Murghab 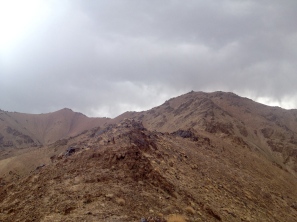 Too windy to go higher above Murghab 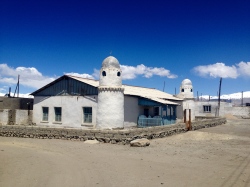 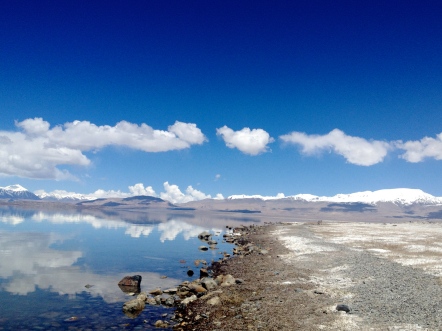 The beach of Kara Kul

Lake Kara Kul panorama under a blue sky. For an interactive version of this photo, click on it. 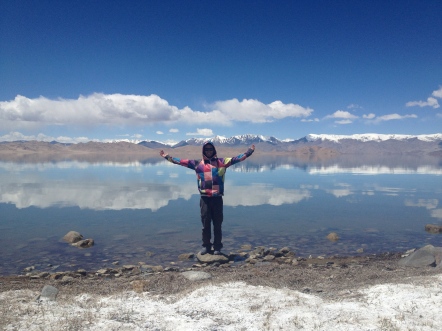 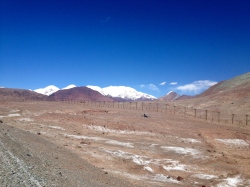 View at the Kyrgyz border 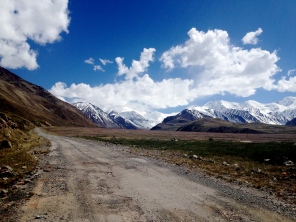 Looking back at an amazing roadtrip 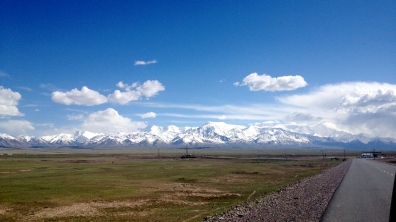 Peak Lenin in the DIstance

One thought on “Return to Osh: Seeing the Next Objective”