The women came running. Each one was determined to sell us their round loaves of bread (lapioshka) with big grins, their teeth speckled with gold. Three loaves of wonderfully fresh bread were presented to us, and to the victor went my 2000 Uzbek som.

The sun broke the horizon as we entered the ancient city, warm bread in our bellies and cameras at the ready. This was Bukhara.

Being in the city this early was a blessing. The busloads of German tourists had not yet arrived from their overnight journeys from Tashkent, and meandering the tight alleyways on the way to the Ark gave Saranna, Eli and I a glimpse of daily life for the residents of this historical place.

Being in the city this early was also a bit of a drag. Although we had taken a journey ourselves overnight from Tashkent on a wonderful sleeper train, we were there too early for the major sites to be open. We sipped tea and ate even more lapioshka waiting for the ancient city, or the Ark, to open.

From the Ark, we strolled through several bazaars and stumbled upon Kalon Minaret. The size and scale of these buildings were enough to impress Genkis Khan from destroying them, needless to say they are still impressive.

This is also where the tourists happened to be. We kept watch, waiting for the perfect moment to display these massive buildings with our cameras, with either no one in them, or only a few for scale.

The relative shine and newness of the Kalon Minaret area was not present only a few blocks away at the Ulugbek Medressa and the painted Adbul Aziz Khan Medressa. These two massive schools have remained mostly untouched for the last 500+ years, giving a much clearer picture of what it might have been like to study the Koran there in 1417.

The last thing on the list was to visit the Emir’s summer palace. Despite the vastness of the Ark, the majority of the rulers of Bukhara spent most of their time at the Sitorai Mohi Hosa.

The highlight of this place for me, however, was meeting a master miniaturist painter named Feruz Termurov. Not entirely by accident, I was reading Orhan Pamuk’s amazing historical fiction novel, My Name is Red, which is about master miniaturist painters in Istabul in 1590, however, both Bukhara and Samarkand are mentioned quite a lot. I talked with Feruz for a half hour before he took all of his tools out and started painting to show me it was all his work. He used to teach at the local university, and gave me a special deal on a miniaturist rendition of a school. It is undoubtedly my favorite thing I have purchased in Central Asia.

Tired from the early morning, and ready to get up early again for a train ride to Samarkand, we retreated into the delightful Amelia Boutique Hotel for an early night and an incredible breakfast before rambling on to Samarkand. 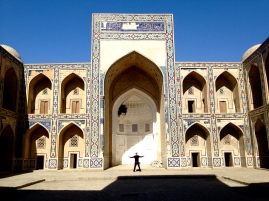 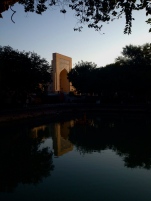 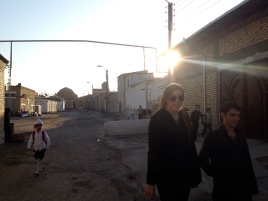 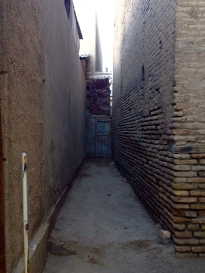 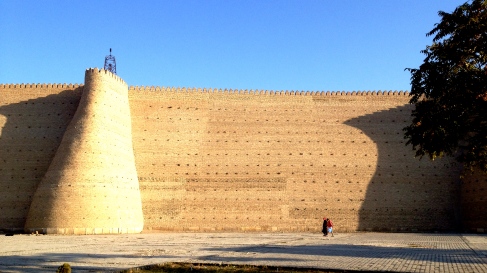 The Wall of the Ark, or the Ancient City 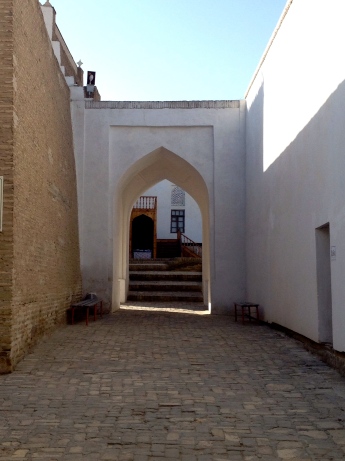 Portal to the Reception and Coronation Court of the Ark 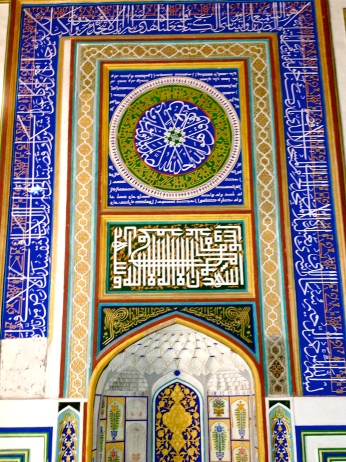 Inside the Juma Mosque of the Ark 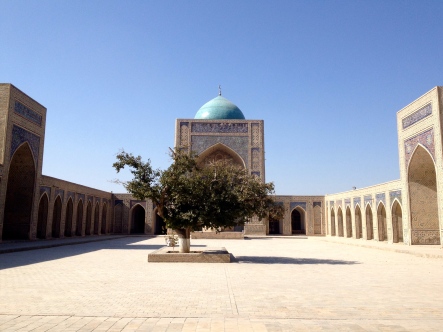 The courtyard of the Kalon Mosque 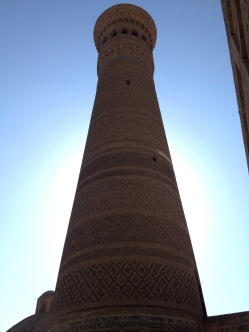 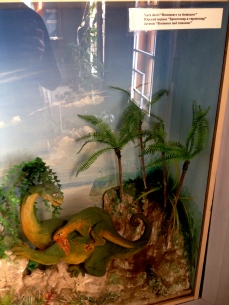 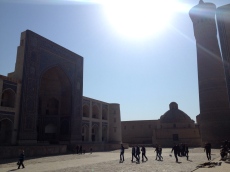 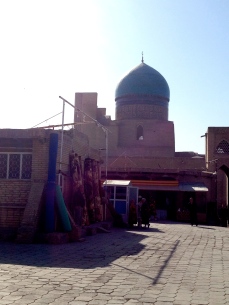 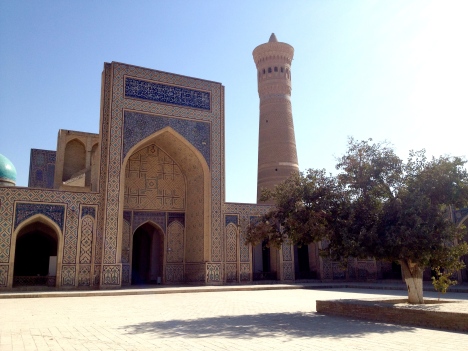 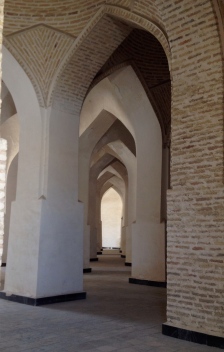 Portals of the Kalon Mosque 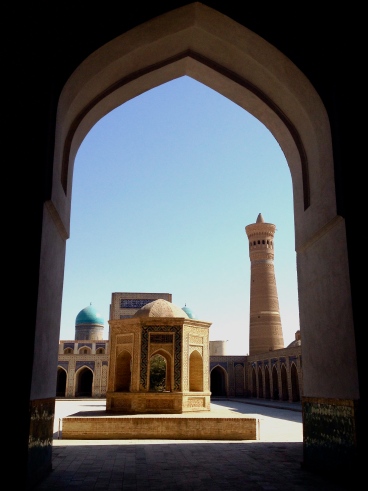 Inside the Kalon Mosque 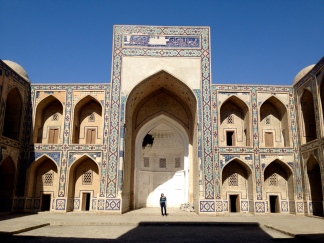 Saranna in the Ulugbek Medressa 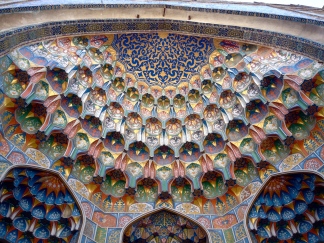 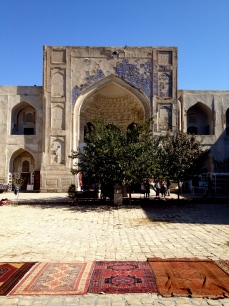 Inside the Abdul Aziz Khan Medressa, now a bazaar 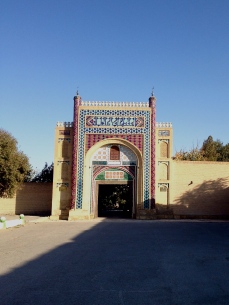 Inside the Sitorai Mohi Hosa (Star and Moon Garden)

Sunset reflection in the Emir’s Palace