After a long walk through the night on Langkawi, John and I woke up on the lawn of Telaga Harbor where the ferry was supposed to pick us up and take us across the water border into Thailand, specifically, the small island of Koh Lipe. Again, if you want to know the story of Langkawi on my 25th birthday, I’ll have to tell it to you over a beer sometime.

After a couple of hours on a boat, we arrived on a white sand beach with sky blue water. Gypsy Taxi Boats sat idly on the shore. We had some issues with immigration since we were not returning to Langkawi, but all was settled in good time. We sat down for our first Thai Pancake of many while waiting for a pick-up to take us to our bungalow. There are no cars on Koh Lipe, so we piled on to a golf cart, and we were whisked off to the still-under construction bungalow site.

I first heard about Koh Lipe from Darcy. She studied in Thailand while I studied in Sweden, and part of her program included a trip to Koh Lipe from three weeks. After seeing her pictures and hearing her stories, I knew I wanted to go there some day, so it was great to finally arrive four years later.

John and I spent Christmas Eve, Christmas Day, and the following day there, snorkeling in the obscenely beautiful waters, enjoying Chang Beer, and I even went for a run on the beach Christmas morning. This, like my first birthday abroad, was my first Christmas away from Glenwood Springs. It was an odd feeling, but the beauty of the place we were in made it seem that this was the place to be on this particular day.

One of the biggest highlights was when John and I rented a tandem sea kayak and paddled to an island just north of Koh Lipe, called Koh Adang. Koh Adang is a nature preserve, and no one but the park rangers are allowed to live on the island. When we found the deserted beach on its western shore, John described it very accurately by saying it was “like walking into a stock photograph in your computer’s screensaver.”

After a few hours, we retreated from Koh Adang, didn’t sink the sea kayak, and made it back just in time to enjoy another dinner of amazing, relatively cheap Thai food, a meander to a Thai massage, and finished off the last of the Chang Beer supply.

We departed Koh Lipe on a boat to Pak Barra, and a short drive later arrived in Krabi for New Years and Climbing at Ton Sai Beach.

View from the beach, just a short stair descent down from our cottage 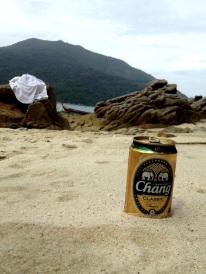 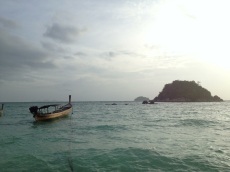 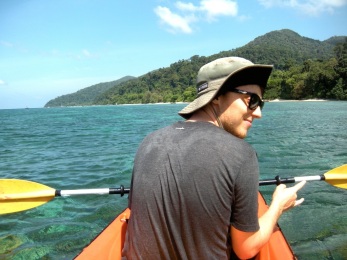 On Board the Sea Kayak near Koh Lipe

My Toes in the screensaver 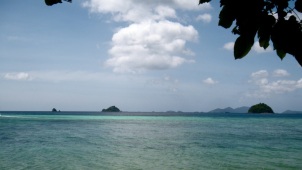 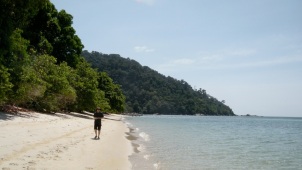 Shade or Sun, the choice was ours 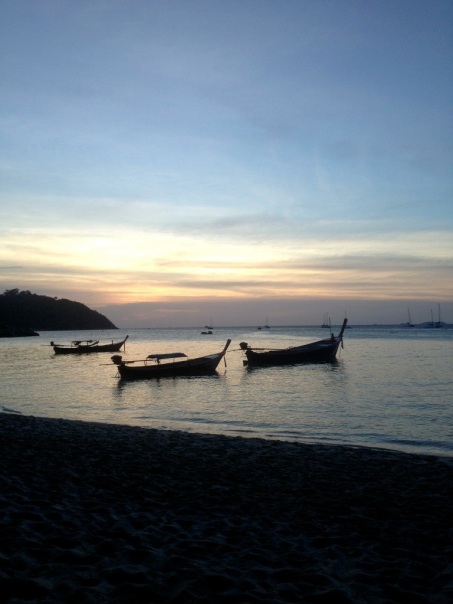 On the Way to Pak Barra