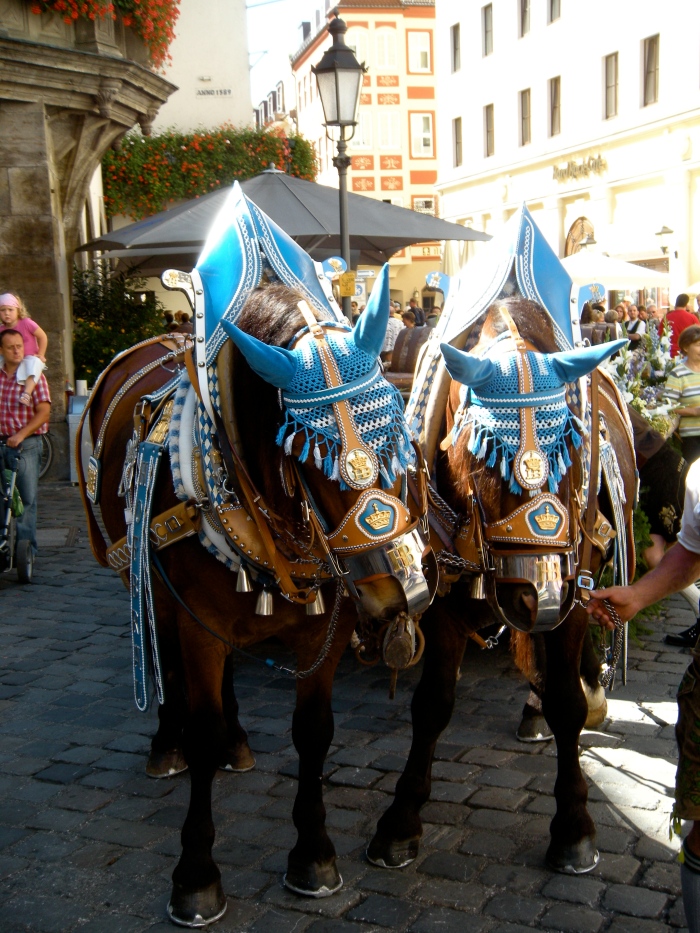 I left Berlin for Munich on September 9th. There, I had a rendezvous with my parents, and I was able to show them around the only German city I visited back in 2008. After a beer and a random concert in the street, we navigated the crowds and ended up at the rather infamous Hofbräuhaus, a place we would visit at least two more times before departure.

It was still very summer-like in Munich, with crowds of lightly-dressed tourists throughout the streets. The city seemed more crowded than when I was there for Oktoberfest in 2008, but that might have been because Thereisienwiese was to be empty for another week until the first keg was to be tapped.

We drank a fair share of beer in Munich, as every person should, and also walked around the newly-constructed (and depressingly empty) Thereisienwiese park, where Oktoberfest is held. My parents weren’t too keen on the crowds in the city, however, so we cut out after a full day to see a few castles on sections of the Romantic Road that my parents had not visited prior.

Much like the quirky Scandinavian roadtrips I took with my parents in 2008, my mom remained insistent on seeing castles, particularly those from more medieval times. This was a welcome treat for me, seeing how my visit to Germany had consisted mostly of cities and cathedrals thus far.

Perhaps it was poor timing or our general fatigue from months of traveling, but as we walked around the castle grounds and poked our heads into open doors, we generally refused to pay admission for tours or entry.

The only time we hemmed and hawed at paying for admission was at the Weikersheim Castle. I think my mother immediately regretted not going in once we saw the garden from the fenced area, but my father and I did our best to console her as we drove further north as the sun set.

The park outside of the castle, however, was very beautiful, and free to walk around as well. I am pretty sure I enjoyed the park more than I would have enjoyed the castle because the park was where the townsfolk were enjoying the beautiful day, while tourists were segregated from the town inside the castle walls.

We arrived back in Frankfurt in the night, bought some authentic pizza for dinner, and returned the rental car. As I walked back to the hotel with my dad, upon the bridge that rises above the train tracks, I realized that the month-long European trip had been a complete success, and I could not have done it (or would have had as much fun) without my parents. The plane ticket was a gift from my parents for finishing Graduate School, and I must reiterate that I owe my parents a lot for making this trip happen (both figuratively and literally). So, once again, thanks for making it happen, mom and dad. I’ll go anywhere with you, especially if you continue to pay for transportation and accommodations.

Hopefully, one of these days, I’ll be able to afford more than one round of drinks too.