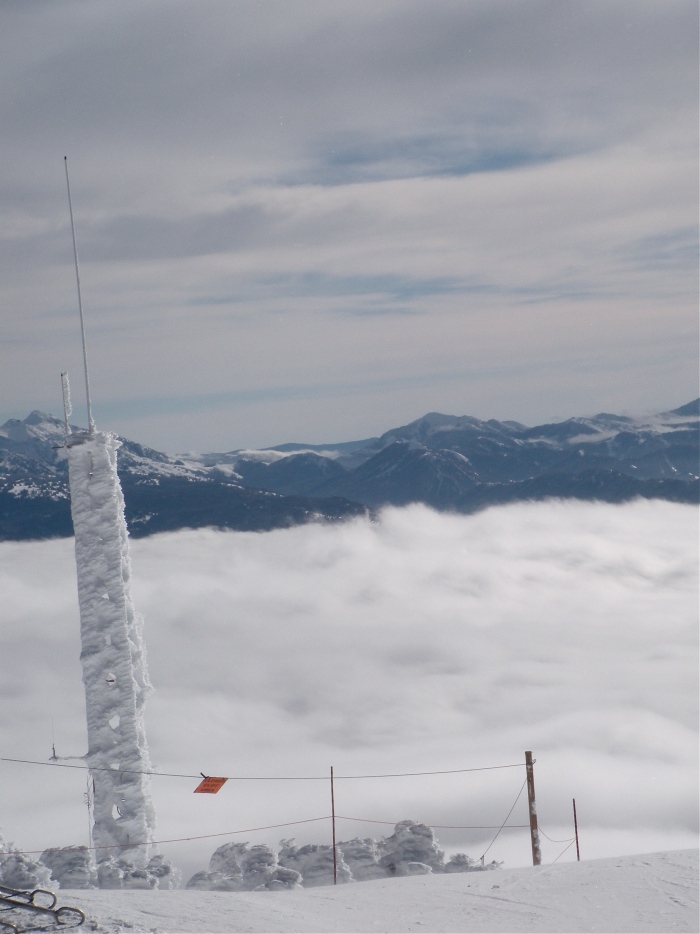 I got into Jackson at 2:30AM on Thursday morning after a nine-hour drive from Denver. The drive would not have taken so long, but winds blew my car sideways while I was going close to 80mph outside of Rawlins, so I decided to drive slower after that.

Inspection day involved 100 people getting on top of Casper Bowl. I picked out two different lines into Boxcar Chute, one with a 40 foot air, and a smaller, more conservative version I would end up skiing the next day that only had about 20 feet of air. I skied sloppily, and I ended up spinning one of the worst 360s of the season, but I stayed on my feet throughout the run. I ended up just barely making the bubble going into finals, qualifying 21st out of 70 men, and I was going to ski the next day. I was unbelievably happy to make the cut, but bummed to see some people I had met during the day just on the other side of qualification.

Due to equipment malfunction, I found myself on center-mounted, 89mm underfoot park skis for my finals run. I figured, since I would be skiing first out of the men’s division, I might as well ski the Unskiable Chute of the Tower 3 run, normally a permanent closure that ends in a 20 foot air or some technical rock skiing. I opted for the 20 footer, which I almost landed, but I got a little back-seat and caught an edge. You can see my tumble at 2:40 in this video:

Although I was bummed I didn’t take it to my feet, I have to admit that this event was everything I love about skiing magnified significantly: super nice people, difficult lines being skied well, free beer, and a competitive aspect I haven’t felt since I used to swim. All this combined made for one of the best weekends of the year, and even with a 19th place finish, I could not be more excited for Crested Butte in a couple weeks.

I have to give shout-outs to some of the people I met on this trip. I came up there completely alone, but Leif and Katie deserve the biggest thanks for hosting me and putting up with my smellyness. Thanks to Sara and Charlie for watching my runs and cheering me on. Huge props to Wade and Mike for skiing on their feet but just not making the finals cut. Big thanks to Pete, Maks, Will, Daimon, Sara, and all the other finalists for their support and for skiing hard in finals. You guys know how to party too!

Also, many of you might know I haven’t had the best experiences in Jackson in years prior, but this year everyone I met in Jackson, whether they lived there or were visiting, was extremely nice, and I will no longer dread going there in the future. Let’s hope that doesn’t change after my next visit!

See you at the next stop in Crested Butte.